“Lego_submersion v1.0” was an experiment for investigating the use of virtual environments (VEs) as a medium for creating audiovisual installations. For the purpose of comparing the processes of designing such an installation in real and in virtual space, “Lego_submersion v1.0” utilises the same musical pieces (Coti K., 1999) and aspects of the visual content (stills from the video tapes) displayed within “Lego Kit box”.

This VE installation has been developed for a desktop VR system and uses a 6 degree-of-freedom navigational input device. A series of content-objects function as landmarks (Charitos, 1998) or audiovisual content emitters within this installation. Each object emits one of the sound channels of a musical piece and on its surfaces an image is appropriately texture-mapped. The image, which is mapped on the surface of each object, conceptually corresponds to the sound emitted from this object. These objects are organised into 4 domains (Charitos, 1998). Each domain corresponds to one of the 4 musical pieces and one of the 4 different thematic sets of imagery (nature, city, house, body), presented in “Lego Kit box”. A non-realistic kind of transparency effect has been achieved on the surfaces of these objects by making use of single-sided polygons and by texture mapping the interiors of these objects.

Each of the 4 domains consists of a different universe (WorldUp, 1996). Each universe is spatially established by a spherical border (which is the furthest limit of user navigation) and a series of twisted structures, which create the context where the objects, displaying the audiovisual content, are arranged. Adopting VEs’ characteristic of spatial non-contiguity, these 4 domains are not related within an overall, continuous, three-dimensional spatial context. A visitor can only move among them by means of teleportation via appropriately designed portals.

Following use of “Lego_submersion v1.0” by a small number of visitors, it is suggested that this VE has not provided as strong or effective a spatial experience as the real environment installation. This is attributed to the limited visual output provided by the desktop VE system, the lack of 3D sound localisation hardware and the fact that the auditory display device was merely a set of headphones. Despite these technical limitations however, the intention of positioning the constituent elements of the musical pieces within an environment is clearly satisfied within this VE installation. In order to achieve this effect, the threshold distance from each object at which the sound begun to be audible, was appropriately adjusted. As a result, visitors can substantially differentiate between the sounds emitted by each object, as they move amongst them.

Additionally, visitors were given the impression that they had more active involvement in the way that the overall experience evolved. This was attributed to the fact that the sounds were interactively triggered by user navigation among the content-objects. This positive impact however, brought forward the need for appropriately designing the sound segments in an interactively evolving musical piece, bearing in mind the random manner in which these segments may be triggered. 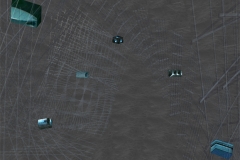 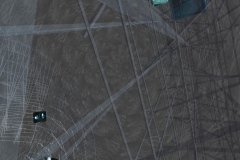 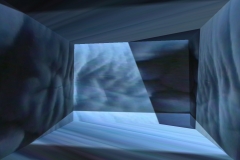 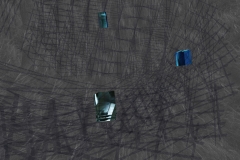 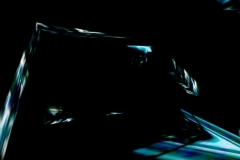 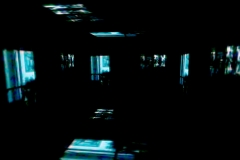