This project aimed to facilitate interdisciplinary research on the subject of creating interactive immersive experiences and narratives in digital FullDome environments. More specifically, the main objective of the project was the collaborative creation of experimental, artistic content and immersive experiences for FullDomes, by adopting a design research methodology and by involving an interdisciplinary teams of experts (artists, scientists and academics from universities and cultural organisations in Montreal, Vienna, Plymouth, Dresden, Berlin and Athens).

In the course of this project, several workshops have been held in various European cities and Montreal, Canada with the purpose of bringing together a number of experienced content creators and scientists for experimenting with the process of creating interactive, immersive FullDome experiences, ultimately aiming to investigate and understand the communicative potential and characteristics of the FullDome as a medium.

The Spatial Media Research Group and the NTLab organized the first workshop in the series of events centred on dome content creation, and the members of the group actively participated in the creation process for the events that followed. Additionally, the Spatial Media Research Group team headed by D. Charitos, in collaboration with the research teams of the above organizations, conducted a series of studies on various aspects of the User Experience, as well as on the creative process and the characteristics of the FullDome as a medium. Finally the research team designed and implemented a multi-user virtual environment, as a performative, interactive installation, titled “Murmuration”, which was presented for 3 weeks in 2015, at the FullDome of the SAT center in Montreal and at the FullDomeUK festival in 2016 in England. 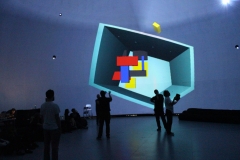 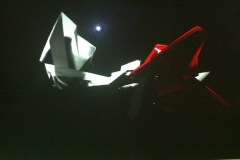 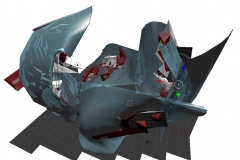 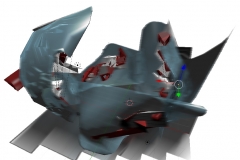 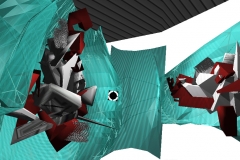