Exhibited at Serafio Building, funded by Municipality of Athens in the context of the “Interventions in the City” project, under the Polis2 pilot programme

ATHsENSe is amultisensory digital media installation, comprising four interactive artworks, employing ubiquitous computing technologies, various sensors, virtual reality interfaces, multi-channel audio displays and interactive light structures, which aims to explore novel ways for (re)presenting and experiencing city related data. The project explores the concept of a smart city, through creatively translating the urban data produced by the environment of Athens and by its citizens. ATHsENSe is implemented through ubiquitous computing infrastructure, combining the use of sensors, location-based technology and mobile devices, in order to form a network of human and non-human sensors across the city. This structure enables the acquisition of rich urban data, which are eventually creatively translated in different artistic multisensory representations, displayed in physical and virtual space.

ATHsENSe was conceptualised by the Spatial Media Research Group and its implementation was funded by the Municipality of Athens in the context of the “Interventions in the City” project, under the Polis2 pilot programme, which aimed to “…create and showcase the city’s identity”. ATHsENSe was submitted to the strand “Serafio – Public building and digital art”. Serafio is a sports, culture and innovation complex that is open all days of the week and accessible to all citizens. The call aimed for an artistic intervention that would employ digital technologies and exploit urban data in order to reinforce this particular character of the complex as an open creative hub, to demonstrate its role, position and relation with(in) the urban context, while at the same time, creating a unique experience for its visitors. A designated jury evaluated all of the proposals and selected ATHsENSe for development. The artwork was installed in 2019 at Serafio and remains exhibited. ATHsENSe supports interaction not just with the visitors of the Serafio complex but also with citizens that wish to experience aspects of it from afar. 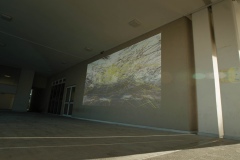 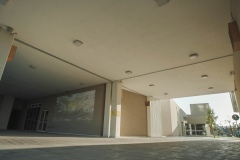 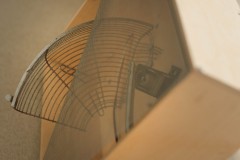 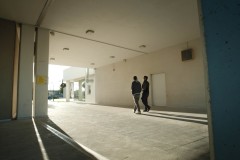 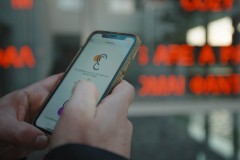 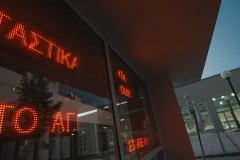 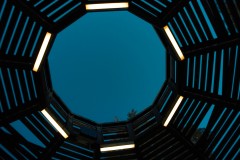 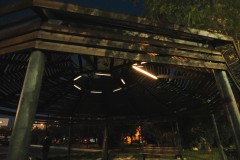 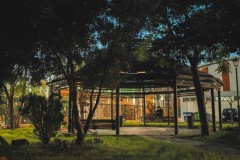