Hybri-City: City Is a Hybrid Interface

The aim of the project was to develop a creative and technologically informed look at several european cities (Athens, Prague, Istanbul, and Marseille), in order to create innovative forms of interactive representations for the processes that shape these cities. In the context of this project, the Spatial Media Research Group and the NTLab (in collaboration with the University Research Institute of Applied Communication) organized an academic conference (“Hybrid City 2”) and a series of workshops (May 2013) with several noted researchers and artists as invited/keynote speakers and/or workshop organizers. Invited keynote speakers included Steve Benford (UK), Eric Kluitenberg (Netherlands), Julian Oliver (Germany), Stephen Kovats (Germany), Dietmar Offenhuber (USA), and Nikolaos Avouris (Greece). The Hybrid City Conference 2013, in Athens, Greece, consisted of three days of paper presentations, discussions, workshops and satellite events, under the theme “Subtle rEvolutions”.

The web site of the conference is at: http://uranus.media.uoa.gr/hc2/

The Hybrid City 2013 events also include an oline exhibition (http://uranus.media.uoa.gr/hc2/onlineresource/) and a series of workshops, relevant to the theme.

ICTs, whether mobile, wireless or embedded in persistent architectural forms, facilitate the collection and dissemination of data, infusing the physical expression of the city with digital layers of content, contributing thus to the emergence of new hybridized spatial logics and novel forms of social interaction. These systems and the hybrid spatial experience they afford, encourage encounters among users; both embodied and mediated, and influence community dynamics, giving rise to networks around common interests and collectives of affect. Sometimes, such groups, irrespective of how ephemeral, unstable and dispersed they may be, negotiate a new kind of engagement with the urban environment and civic life, suggesting thus an organizational paradigm that manages to surpass traditional vertical hierarchies of space and consequently of power and control. Such configurations among communities, locations, contexts and intentions were manifested intensely in the interlinking of protest events around the world since 2011, the Arab Spring uprisings, the Occupy movement and anti-austerity demonstrations in Southern Europe, but they also gradually permeate everyday life in the contemporary metropolis. As sharing and collaborative tactics migrate from online culture to the urban realm and ICTs become increasingly open and personalized, rich opportunities for new forms of participation in civic life arise. Citizens are enabled to access information about the city but also to become involved in the production, collection and distribution of data related to urban matters. The Hybrid City Conference considered a further investigation of such processes of crucial importance, so as to gain a deeper understanding of the effect they have on the urban experience and to explore their contribution in shaping the future cities. In this respect, Hybrid City invited papers both of a theoretical and practical approach that present concepts, case studies, projects, works of art and best practices that promote the discussion on the theme. Emphasizing the inherently interdisciplinary nature of technologically mediated urban activity, we welcomed proposals which critically examine the following topics:

• Environmental sensing and the Internet of things.

• Environmental perception, cognition, immersion and presence in the context of hybrid urban spaces.

• Psychosocial perspectives into the impact of locative and pervasive media use.

• Placemaking, place attachment and place identity in the hybrid city.

• Hybrid spaces of conflict: forms of power and counterpower in the networked city.

• From open data to data commons.

• Issues of data ownership and copyrights in hybrid urban contexts. 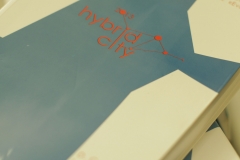 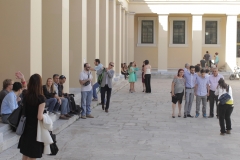 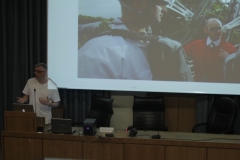 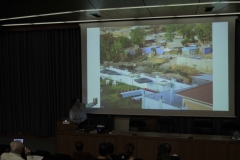 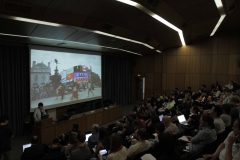 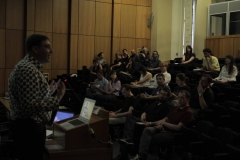 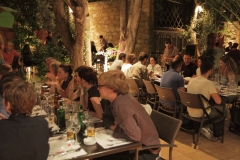